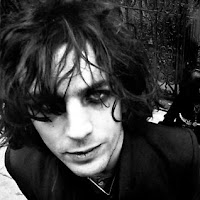 MADCAP SORCERER’S PASTE
This magical treasure is an unpredictable and dangerous paste, typically found in exquisitely wrought phials studded with tiny glittering crystals. Sages tell its creator was the insane dweomercrafter Dyst Terrab, who was known in his lifetime as the Madcap Sorcerer.

Fitting with Dyst's quixotic and imaginative persona, the thick paste must be worked into the user's hair (or beard!) to be effective. Bald users may smear the paste on their heads (thereby using it up) but are not affected by it. Once applied, the user gains the use of one of the following spells once per day (roll d6):

Regardless of the user's actual level, the daily spell gained from the paste is cast as if by a 9th level magic-user.

The enchantment of the paste lasts for 1d6 days and cannot be negated except by a limited wish or wish spell. A dispel magic spell will nullify the effects of spells cast by the user normally, but has no effect on the paste itself. If the user chooses not to cast the spell gained from the paste on any given day, he loses 1d6 points of Intelligence and Wisdom as the paste eats away at his sanity.

If the user's Intelligence or Wisdom reach sufficiently low scores (or if the user is victim of his own feeblemind), the only spell available each day to the user is the lone daily spell from the paste. This spell still functions regardless of the mental acuity remaining in the user's wrecked mind. 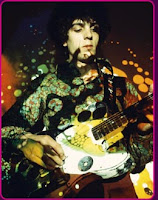 Lost Intelligence and Wisdom recover at 1 point per day. If the user is reduced to 0 in either ability (or both), he goes insane, raves and drools, becomes a vegetable man, and so forth. Alternately, if the referee chooses, the user instead develops a permanent mental illness but is otherwise capable of regaining some or all of his former Intelligence and Wisdom scores with sufficient rest.

Usable by: Magic-users (and elves, if race as class is used in game).

This item could lead to an interesting, or completely nuts, cycle of feeblemindedness on the part of the spellcaster. Have at it!

Update: I've also added the racial secondary skills tables previously posted on the blog to the downloads page (or click here to get the PDF). The tables now include gnome and half-orc, in addition to dwarf, elf, halfling and human.
Posted by Steve C at 5:48:00 AM No comments:

One last note before I'm off ... I've added the Fortnight of Chaos series of posts as a booklet-sized PDF called Chaos Hordes to the blog. You can download it from the Borderlands Downloads page (link up near top) or directly here. Cheers!

The Borderlands blog will be going dark for the next couple of weeks while my wife and I take a holiday down in the Caribbean. This past winter was particularly long and cold, so this vacation is long overdue and we will definitely enjoy soaking up the sun. And rum. :-)

Today I'm posting my goofy little racial secondary skills tables for Labyrinth Lord (or any old-school games). Basically, I've taken the secondary skills/professions and rather arbitrarily broken them out and added some additional ones based on the stereotypical notions of the "basic four" fantasy races. It's pretty vanilla stuff and its origin goes way back to my Warhammer Fantasy Roleplay days in the late 80s.

Enjoy, and see you all soon!

Roll on the appropriate racial table below to determine your profession or occupation before you became an adventurer. You know how to do the things associated with your profession and the referee will determine when your knowledge is helpful or beneficial to adventuring situations.