Troupe-Style D&D Play? What Am I Even On About! 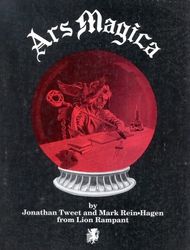 Do you use troupe-style play, or varieties of it, for your OD&D/OSR campaigns?

For definition purposes, I'm thinking of troupe-style play in one-half of the Ars Magica sense -- wizard (or magus) as prime character with supporting cast to handle certain types of adventures -- not as the rotating referee style play that some Ars Magica groups employ.

I find this is kind of how OD&D works already. You have your character and you have your retinue of henchmen and hirelings and so forth. The latter, of course, are beholden to the former. Pretty much the same as in Ars Magica -- unless my memory fails me -- excepting the obvious differences in the contexts of the two gameplay experiences. 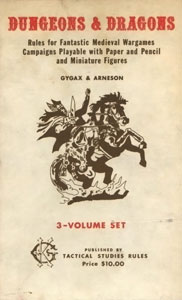 Personally, I'm growing increasingly fond of a hybrid troupe-style mode of play in my group's OD&D games where players have a small retinue of characters to choose from for adventures, typically 3 to 4. We only ever have 1 referee for our campaigns.

In this "hybrid" version of troupe-style, all of the characters are on the same "playing field" to start at 1st level (not beholden to or employed by another character), but the frequency of participation in adventures ultimately determines their rise to prominence within the party. Typically all of the characters are linked in some way -- from the same family, friends from a village,  children of former adventuring companions, whatever works for the player and campaign setting. Each character in a player's roster also develops his or her own retinue of henchmen and hirelings and so forth, just as a regular character, at least in as much as the player desires to do so.

My home group is very small (3 people) so we're finding this mode of play helps to cover not only all kinds of tactical situations that come up in adventures, but can lead to some interesting dynamics (competitiveness, alliances, favors owed, butt of humor) within the party, and it keeps everyone's play experience varied and interesting as you never know if you're playing a fighter or wizard or cleric (or maybe all three!) in the next adventure. It also helps us deal with the relatively high mortality rates among characters in older edition D&D games. Not that it's hard to make a new character on the spot, but it's kind of nice to have one or more characters ready to go that already possess ties (even if minimal or sparsely detailed) and are at least known to the adventuring party.